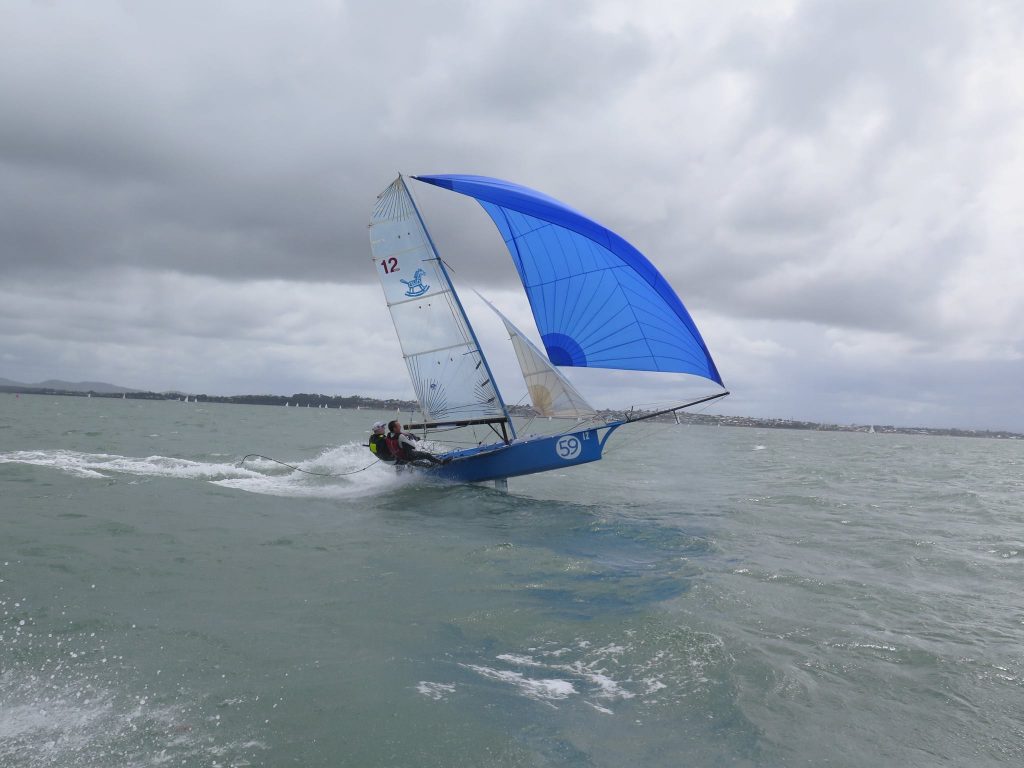 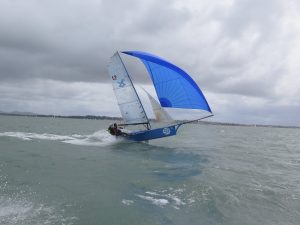 The Qld 12ft skiffs made up for the poor mining performance in the recent inters by training hard in 20-25kts on Waterloo Bay last weekend.

Leading the charge was Tank Girl, obviously the frontrunner for the 2017 Inters Underall Championship, by putting 3rd rig in on a day that some say was destined to be 4th rig.

Ghetto Sled applied some spray rail trickery to the hull, but didn’t lash the mainsail clew on properly and had to swim before the start. Tankers and Giddy Up took off and Squid/Ghetto followed a while back. Fortunately a bullet knocked Tankers over at the first mark and Giddy Up had a halyard around the batten end to bring the odds back to even for all.

Ghetto led up the 2nd work and all seemed to be going to plan. Down the run some casual crewing, scooching too far forward prior to a gybe, saw an epic mine with Richard heading out wide and Ben hitting the sidestays. This mine alone would have taken out the coveted trophy in Auckland.

However, not to be outdone, Tank Girl was pushing hard to make amends. Some say too hard and they ended up mining too. 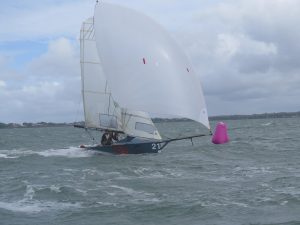 Donkey on the Edge was seen heading up the course, then down, then its kitepole decided to disassemble itself

Race 2 got underway with Ghetto, Tanker and Giddy going flat guns up the first work and rounding together. Tankers had a slow hoist and Ghetto ducked under to avoid. POM saw an opportunity to also duck underneath, but bailed at the last minute, bowpole narrowly missing Ghetto skipper head.

Ghetto and Tankers had a royal battle down the run with Tankers on the inside line…. And pushing us both 300m past the layline. Fortunatly, Ben’s cowardly attack to get Giddy Up some well-needed points went awry as they flopped in on the gybe.

I think there was some epicness on board Giddy Up down the run as we saw them floundering for the rest of the race. Something about a broken centreboard, but could have been Tappo… tapping out.

PS Spray rail awesomeness could not be assessed due to too much spray in the face.