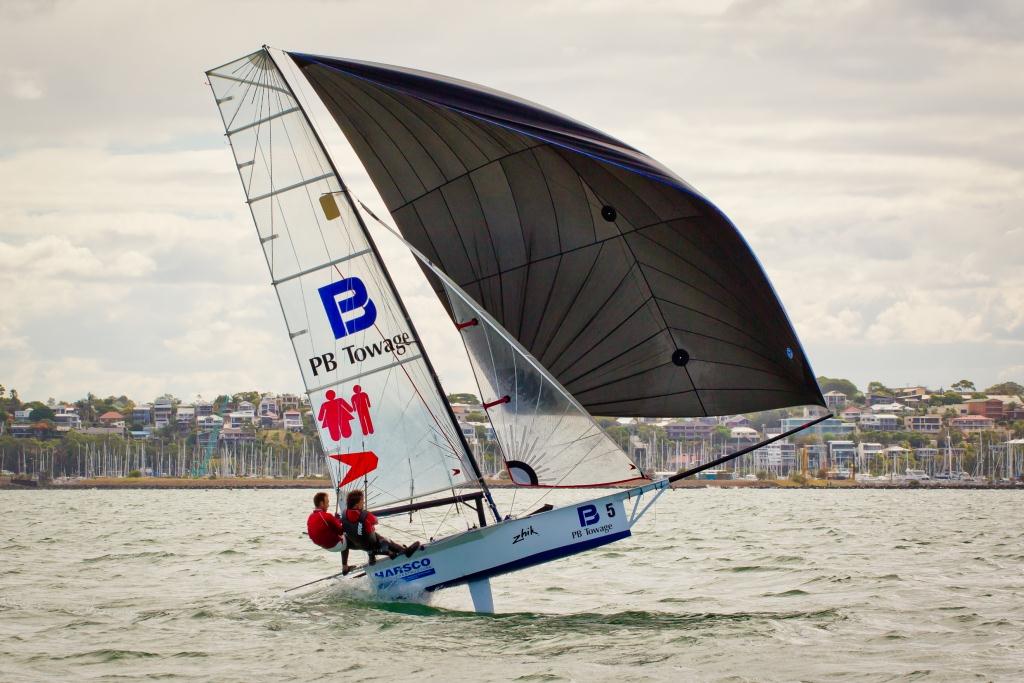 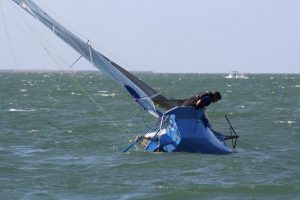 After a few weeks off after the interdominions, we were greeted by a shifty 3rd rig Westerly..!!

It was dry, puffy and the bay was like a chocolate milkshake from the flood runoff. It was a shame Skinnyman was called into “work”, or there could have been a serious battle on the bay.
The start was delayed while the 18s were complaining that Tristan was soft and they should have their big rigs in, not 3rd. The 12s had a chance to get used to the conditions and both crossed the line with pace, clearly ahead of the 18s. Only Tristan on the Queenslander 18 passed either 12 during the race, once again showing that 12 sailors still rule the bay. 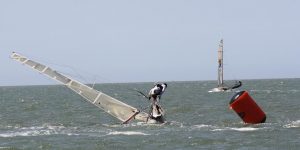 Terry and Wayne on the Squid hit the right hand corner up the first work so hard they had to reach back to the top mark. Ghetto hit the left and dodged a few lasers and came around just behind the QLDer. Ghetto put the orange chute up and took off towards the bottom. It was a quick gybe and reach high on port all the way to the bottom near Green Island. During the drop, the finger of god came down and spun the Ghetto around and over faster than Ex-Cyclone Oswald. Luckily the kite was in the bag, so a quick righting and we were back on the move. Terry was having a nice flat water send with a retro kite from the early 90s.!
The next work provided frustrating sailing with another puff blowing Ghetto on their side for another quick swim and yet another lull causing a 2 string teabag capsize. How we still maintained the lead was a mystery. The 4 lap course was tiring in the fluky wind, but one cracker of a ride was witnessed by the QLDer 18. Dan Jack quoted that it was the perfect ride. “Both of you were at the back of the bus, flat water with some big ramps and air. Should have had a camera.!”. This particular ride was a 90 deg right turn tow towards North Stradbroke Island. What started our looking like a couple of gybes to the bottom had us missing the bottom by 300m.!!! Good start to the second half of the season. 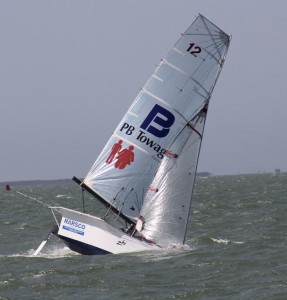 Dinner was a raucous affair at the Bulimba Thai with a few sneaky BYO beers, lots of laughing and good food but poor service. We had to cram 15 sailors into a table for 12… it was like a clown car.!! bRad was dared to scull the leftover curry juice and got most of the way through it before hitting the lumpy bits in the bottom. $5 from Tristan.!!

After dinner drinks were a short hop across the road, where the conversation heated up as much as the dance floor. Between discussions about carbon, black 3rd rig rides and how much the bartender looked like Michelle Rodriguez, we had a few black shiraz’s and a few laughs. bRad was unaware that we were spiking his R&C’s with vodka, but he had already consumed a few vodka 151 shots by this stage. A couple of highlights were:
bRad was taking his first baby steps on the dance floor. much to our amusement.
bRad ended the night with a shifty pick up of a girl who was passed out in the bus shelter.
Ben Guymer was kicked out for unruly drunken behaviour. After barely avoiding a punch-up with the bouncer, we dragged Ben out of the club and straight into a taxi dispute with some not-so-friendly locals. 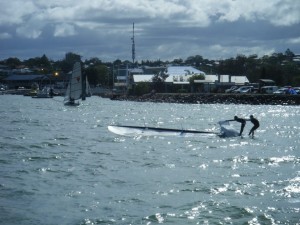 Elliott had eyes for a girl in a white dressed. Unfortunately she was dancing with a guy in a lime green shirt. Elliott’s shirt was neither lime green, nor did he have a decent wingman in bRad to help obtain his prize. bRad needs serious club training, with his unsubtle pointing and “check out that chick” at the top of his lungs making us all look away to avoid the embarrassment. Then we found out that he is slightly, overtly gay.
There was a suggestion, after Elliott failed to pick up on the dance floor that he should embark on some cross training. We decided that trying to pick up men would assist in this regard. 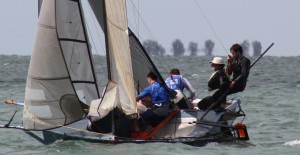