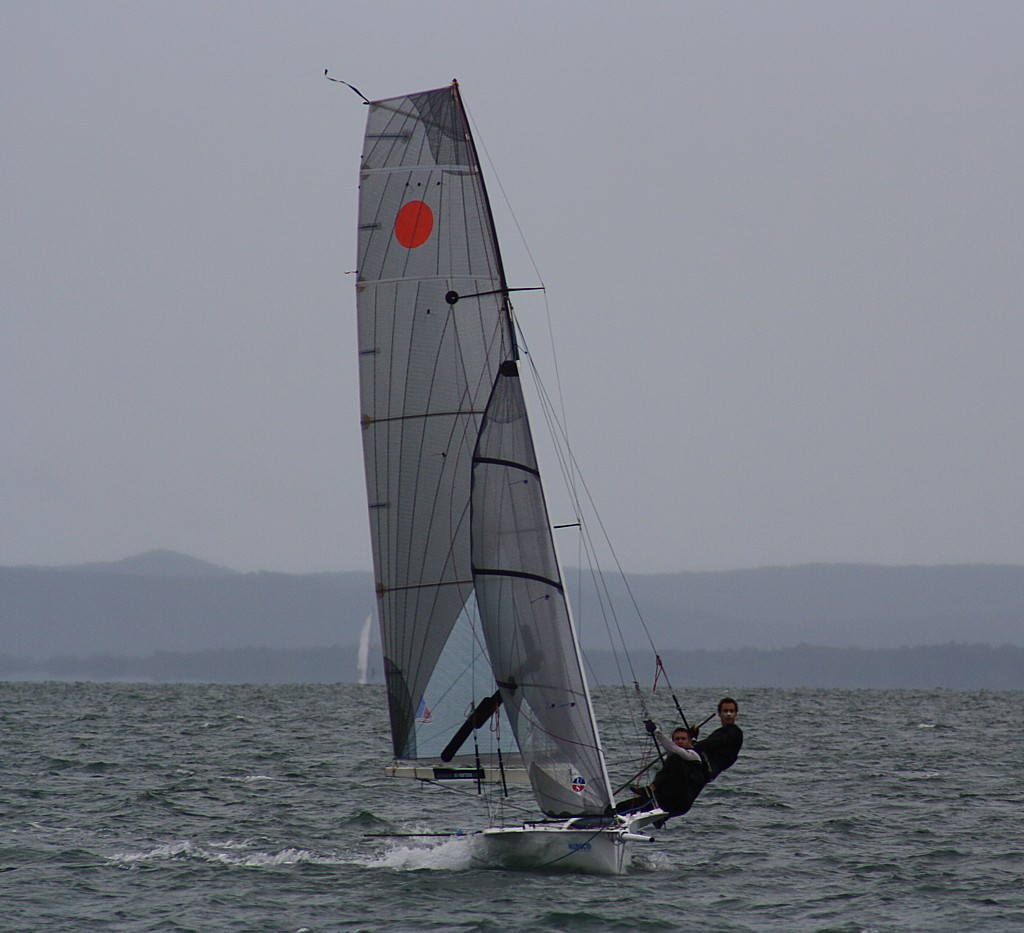 Wet wet wet.. Great band, terrible sailing conditions.. Ok I’ll be honest.. I’m not even a fan of the band..

The Jack Reid memorial was set to be enormous this year.. With 30kts forcast all week, the boys were fired up and ready to rumble..!!

Unfortunately when we got to the park it was cold, wet and still as… Bugger!

The forecast on the day was still for a Southerly to come through but the big question was when…..

We waited and waited before picking a rig.. Turns out Ben and Richo on the Ghetto Sled have the biggest stones and went 2nd.. The rest of the fleet took the cautious option and threw in 3rd.. The weather was odd.. I don’t know how to explain it, but it was eerie… The clouds were absolutely hammering along above us, but there was only 10-12kts at ground level.. Was it going to come in.??

We headed to the start line in a squall and we all began to grin.. It was coming.!! It was here..?? The squall passed and we were sitting in again.. Uh oh…. 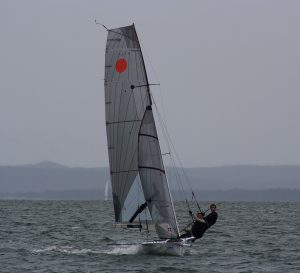 The first start was ridiculous..!! Well it was our own fault, but hey.. Ghetto were the only ones on the line and by the time Tristan and I realised we were racing they were powering their way to the top mark..!! Pennyliss were next across the line but you could see already that the 3rd rig was no match for the powerful Sled.. PB followed and was first to tack off to find some breeze out to the right… Squid were still coming out of the leads.. They had a few rigging complications.. It was their first time..

Ghetto were pulling two strings and dumping main.. PB and Pennyliss were locked in a 3rd rig duel with only one and a half strings… It was close for second..!! Ghetto seemed to sail off the map, but still rounded the top mark first.. Next around was Pennyliss followed by PB.. Pennyliss put some distance on PB but a quick drop from PB took back some time.. Ghetto were well clear at this point and charging further and further ahead.. It was no real contest..

Pennyliss tacked first and once the air was clear PB followed suit.. The wind had shifted West so it was pretty much a drag race.. PB’s skinny hull had it over Pennyliss and we slowly managed to slide past them to round the top for the last time in second.. It was very close and the final drag race to the finish was a cracker..!! PB were to windward but there was enough space between us and Pennyliss that we weren’t really blanketing them.. The lead changed a few times on that run as one boat would get a shooter while the other would be in nothing.. It was intense..!! On board PB we also had the problem of laying the start boat.. We were slightly high and to get down through the finish I had to sit in… I thought that was going to be the end of our race… Luckily 30m from the line we got a final shooter and managed to get there ahead of Pennyliss.. It was exciting racing although painfully slow…

The second race was surely going to be a better start with all boats hanging about the start boat ready to roll.. Or so we thought…

The start gun went and the breeze had dropped out.. Ghetto was first across the line with one on the wire, while PB and Pennyliss tried to slowly get up to the line… NIGHTMARE.!! PB crossed second, Pennyliss 3rd and Squid 4th… Ghetto again left us all for dead so the race was again for second, third and fourth..!! With the wind shifting West it was quite a drag race.. PB managed to stay ahead and rounded the top in 2nd but Pennyliss were hot on our heels.. Squid were close too.. We set our kite and set off towards Green Island… We wanted to give ourselves a better angle for the bottom mark so we went a bit wider than last time.. Pennyliss gybed inside us and again the race was on… They would have been 20m inside us and managed to get a shooter.. We watched as they shot off ahead… Unlike the other times they just kept going..!! We were moving along but in completely different breeze. It was going to be a tough last lap catching up.!!!

We rounded just ahead of Squid and set our eyes on Pennyliss.. We made up some ground again on the beat, but it wasn’t enough.. The final run to the finish was Ghetto ahead of Pennyliss, followed by PB and Squiddy.. 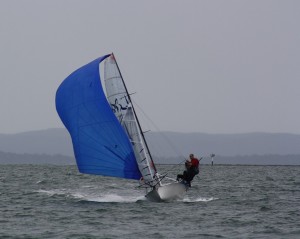 We finished the race in 8-10kts and still hoping for that Southerly to come through we agreed to another race..

We lasted less than 5mins before pilling the pin.. Ghetto had once again shot off and we called back to Will on Pennyliss that the race was to the bar… Squid had already turned back so the race to the bar was a handicap start… Will and Elliott on Pennyliss found gas in the middle of nowhere.. They disappeared.. Passing us and then the Squid to get line honours for the race to the bar..

All on all it was a lesson learnt for the boys.. Rig for what you’ve got out there… Grow some nads and never go a smaller rig than Richo and Benny in the Sled.

Two weekends in a row now I’ve found myself hiking.. No more.. Next week it’s big rig or death..!!