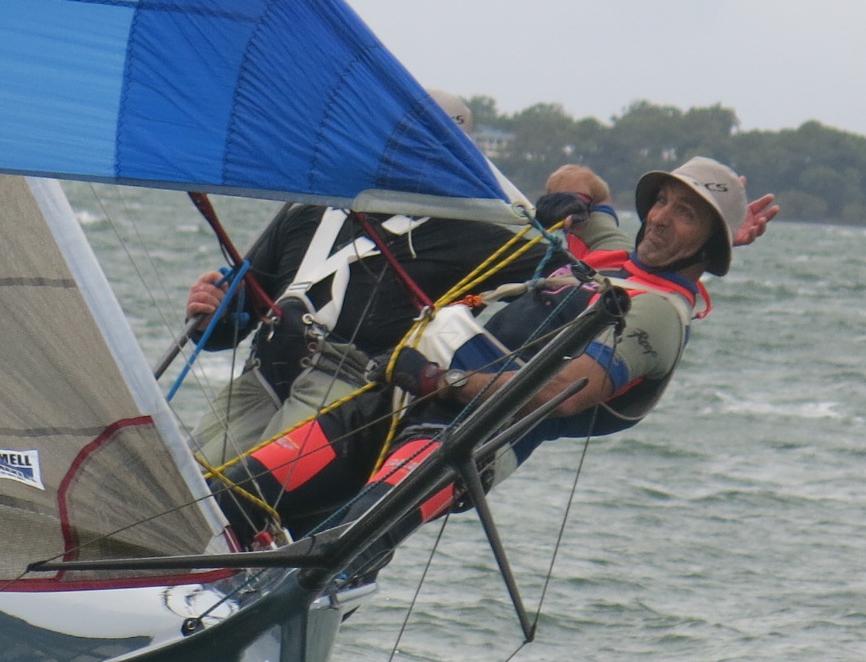 More rain and more wins for the Ghetto Sled.

A dreary looking day held plenty in store with a top end 3rd/4th rig wind pattern a precursor for some excellent 12 sailing. Ghetto and the Squid turned out for a season points battle. Terry only had to start both races to take it out. But the day was more about the rides and boy were they epic. The ride down to the start line said it all. Tail skipping and warp 9.!! 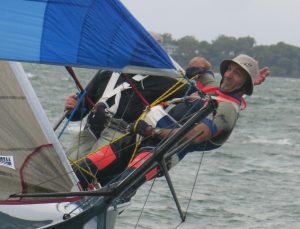 The first race saw Terry take an early lead with Ghetto going for a port start and missing it by miles. Flat water up the right side paid and Ghetto led at the top mark. Warp 9 with patches of Warp 10 down the run with 7 gybes to get through the gate and stay in the pressure. The rain squalls were giving us equal amounts of 10 and 25 knots. Ghetto extended round the 2nd lap as the breeze died. Ghetto had a 3rd rig kite whilst Squid ran with the 4th. A quick skip to the finish and it was all over. Terry and Wayne mustn’t have read the sailing instructions as they finished after 2 laps and had to keep sailing. 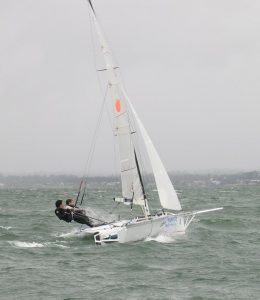 The breeze was shifting left and also right, as we all found out on the 2nd start with teabags all round. The attached image shows Ghetto starting, teabagging, drifting back across the start line and re starting. Gotta keep your cool in those situations. Terry jumped out to a healthy lead and was 100m up at the top mark. Ghetto, with the bigger kite, ran them down and gybed late to squeeze the ink out of the Squid. Both boats just made the gate, with Ghetto leading. That’s the way it stayed to the finish with Ghetto taking the cake and the John Reid Memorial. There were 18s out there apparently, but one went home before the first start, one after the first race and one after the 2nd start because he had no one to race…. 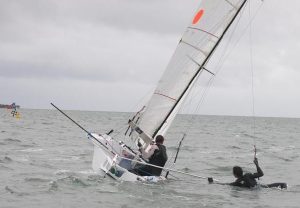 Next week we have a crew/lady skippers race. Should be a blast.!