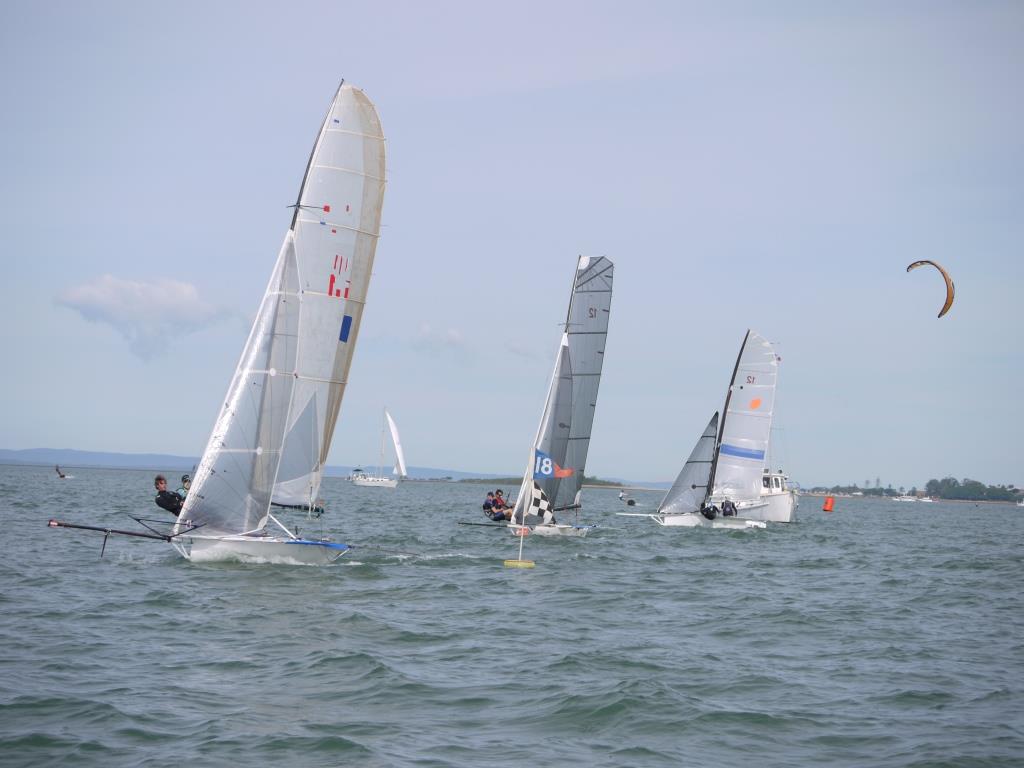 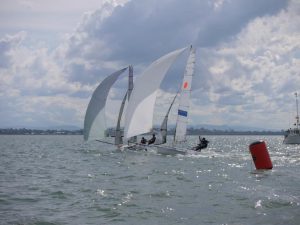 With only three boats at the start line, it was looking like a little match racing between Tank Girl and Ghetto Sled.  Pennyliss are coming along well, but their rig needs tweaking to give them the height they need.

With around a minute to go Tanker’s turret took aim at the Ghetto Sled, carefully sliding underneath them.  However the Ghetto Sled, reading from the slumlord’s rulebook decided they had the rights they needed and pressed down to force their way between the tank and the start boat.  Whilst I was seated on their leeward gunnel at the start, we had a philosophical discussion about uncleating leeward jib sheets, but Crossy was clearly in a rush to get ashore and didn’t see the humour in it.

As we blasted off the start line a withering Sled suffered a humiliating lee bow.  Tankers was first to the top mark and set the kite in a flash.. the new pulley system spinning fast, this time without the plastic burning smell.  We looked back to see Ghetto, victim to the magic I warned of with a new magic pro halyard.

Unfortunately our lead didn’t last long, with Ghetto running lower and faster.  They held us out to starboard before a late gybe on the layline to the gate.  Again running lower and faster, our only opportunity was at the drop, where we came in fast and promptly teabagged in their windshadow.  Craig handily doused the kite while I swam around with only the tiller and mainsheet.  Somehow I grabbed a donger and climbed aboard, rounding just behind the Sled.

The next beat, Ghetto failed to cover their position and Tankers made up ground, possibly 20 seconds ahead.  Knowing we had no pace offwind we gybed quickly in the hope we’d find different pressure.  Unfortunately nothing could help us and Ghetto smoked past on the opposite side of the course, finishing 30 seconds ahead. 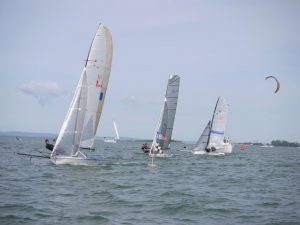 For the second race, Terry replaced Ben Cross who was run ashore for evening duties.   All three boats were on the line, this time with a heavy pin end bias.  Pennyliss won the start, at the pin end with good speed.  Unfortunately without the height they needed they were unable to capitalise on it.  Ghetto Sled, starting at the boat end had bad air from both of us and tacked early. 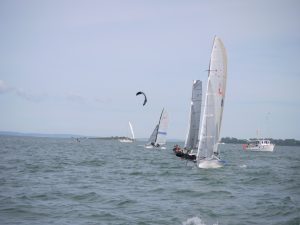 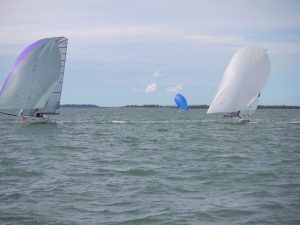 Tank Girl was again first to the top mark with Pennyliss and Ghetto Sled rounding together.  Fortunately this allowed Tankers free to go high and slow without interruption, narrowly holding our lead at the bottom mark.  Ghetto and Pennyliss came down the run together, just behind us, the gate providing some good gybing practice. 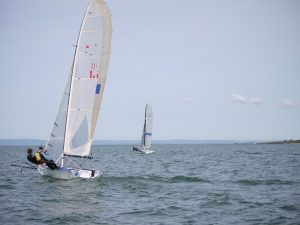 The second lap we found a couple of good shifts, which fortunately extended our lead far enough to fend off an offwind assault.    Ghetto made some good ground on Pennyliss on the last beat, gauging from the finish times.

With the races just over 30 minutes each, halfway home we all decided to head back out and do a few more laps for fun.  Can’t go to all that effort and come home early!

Skinnyman.. sucks you missed it!  We have a secret weapon for this weekend, don’t go getting hopeful!