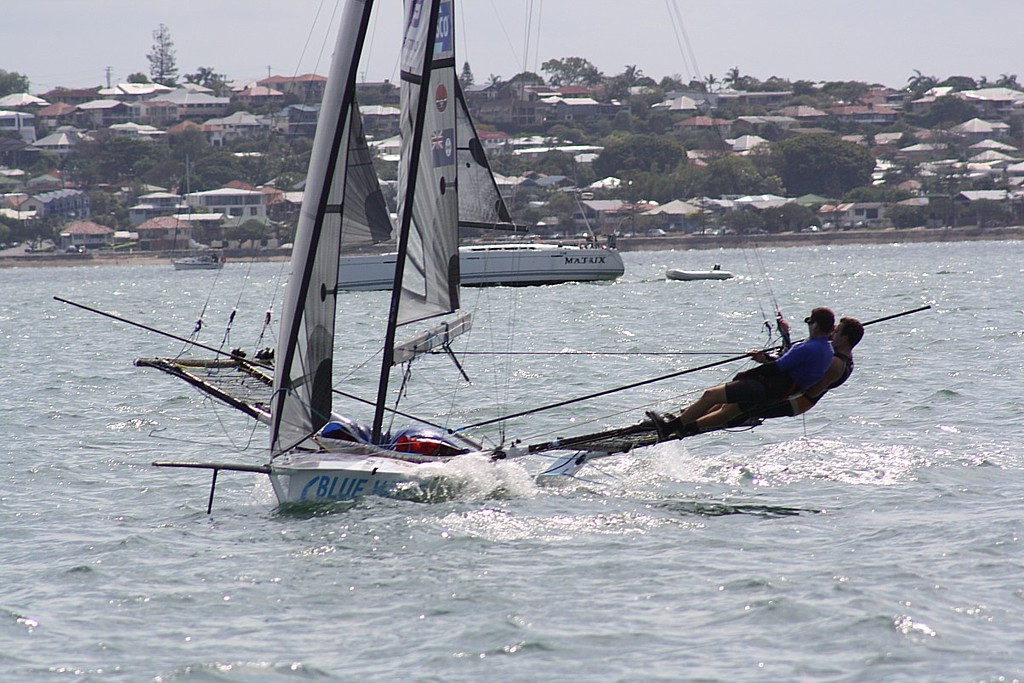 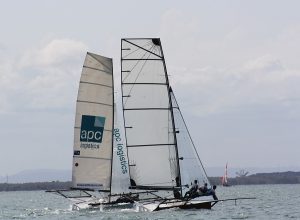 The park was crowded on Saturday with 5 x 12’s and 5 x 18’s all trying to find a place to rig. Add to that, one of the 12’s trying to fire bits of the boat across the rigging lawn and it was a fairly dangerous place to be.

Dan on Q1 with pro ring-in Miller (dont ask me which Miller) and APC were the only boats at the line for the start. Benny on the as yet unnamed boat [InsertSponsorHere] were figuring out what bit goes where, KND were trying out a newbie and Adam and the Blue Wave boys were busy doing each others hair and makeup.

Out of the blocks, APC got the pin and footed off for pace while Q1 with their 4000sqft main, (visible from space} were in high mode. After a couple of tacks with the lead changing a couple of times, Q1 led around the top with APC in hot pursuit.

The racing was tight all the way around, with both boats choosing diffrent sides of the course and making massive gains and losses only to be within 30 seconds at every mark. Q1 led around every mark until the final work when APC got a shift to lead around the final top mark by 17 seconds. Q1 threw an early gybe on the run to the finish to try and open up a passing lane, but APC held on to take a 17 second win with Ben Somerville taking 3rd from Blue Wave Rigging. 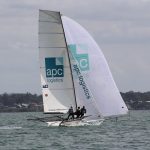 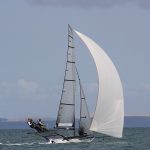 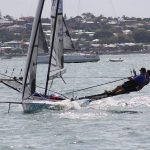 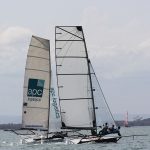 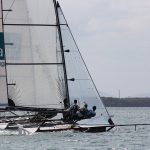 10 years ago News and Events
See All Posts