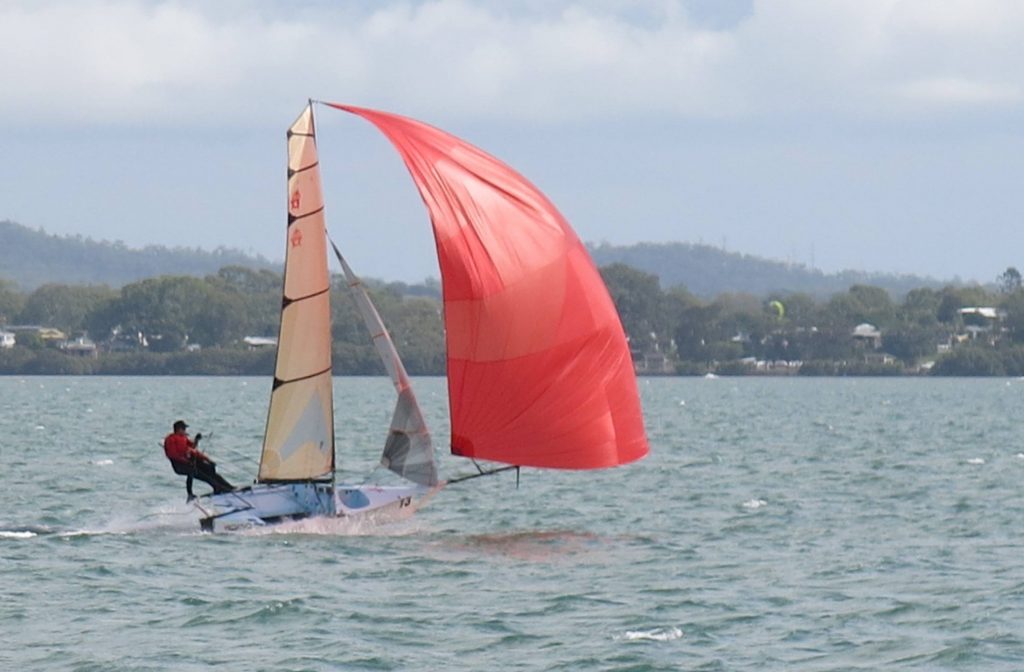 Waterloo Bay turned up the volume for the 12ft skiffs, who enjoyed epic wind conditions at the Royal Queensland Yacht Squadron for the 4-day event, despite the odd rain squall.

Eventual winners, Nick Press and Andrew Hay on Sydney Sailmakers showed consistency throughout the 6-race series to post no worse than a 2nd place across the line. Each podium skiff enjoyed a race win, with Brett Hobson and Jeremy Jones on Geotherm taking the squall-ridden Race 2 and defending champion Richard Billett and Cameron McDonald on Carbon Chandlery taking Races 1 and 5.

The invitation sprint race saw some tight racing with only 6 seconds separating the first 4 boats. Most races saw these top 4 exchanging the lead numerous times before the winner made a move to take the flag.

The small but competitive fleet reveled in the 15-20 knot winds with the trademark Waterloo Bay chop making for lots of air time and sketchy gybes for many through the downwind gate. The strong southerly wind took a few casualties with it, but most held together and race times were close.

The handicap champion, taking home the Colin Clark Memorial Trophy north to Gladstone, was Mitch Brown and Damien Van Deudekom on Chaos & Anarchy after a consistent and improving weekend.

The Underall champion was posthumously given to Paul O’Malley-Jones and Stephen Tapsall on Giddy Up, after their large first lap lead died as a result of some deep mine shaft work in Race 6.

The event prize sponsors, skiffropes.com and Carbon Chandlery provided their wares for the winners and the regatta merchandise of towels was remarkably suitable for the rainy weather.

Next year’s event will be back in Sydney and possibly around the New Year period due to the Interdominions in Wellington, NZ being scheduled for 23-29 February 2020. 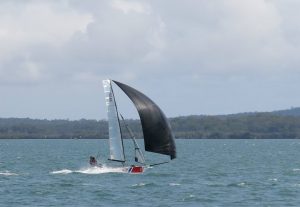 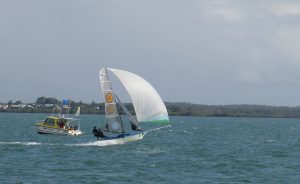 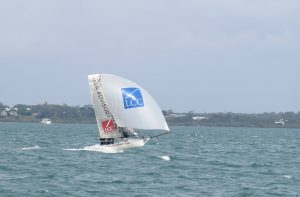 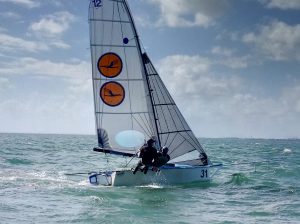 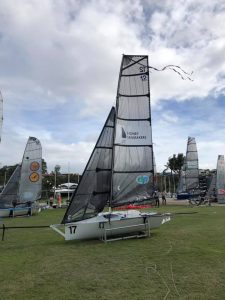 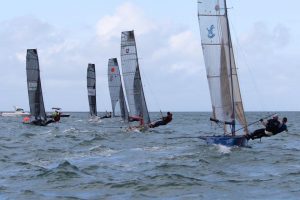