Heat 4 saw 10 starters head to the start line, with Keriki and Wrecker being non-starters. The breeze about 15 knots but thankfully the tide was at the top of the flood so would play no part in today's race. The course again was a reach across the start line to Bulimba Point, a work up to Colmslie and a run back to the finish. The breeze today wasn't a true southerly so gybing upiver was going to give for'ard hands plenty of practice.

Truant got away to a clear start in good pressure, while Miss Marlene, elected to start closer to the point, had clear air and quickly got moving. She overhauled Truant quickly and looked set to lead at the top mark till Truant went out on a limb, tacking to the north shore with Lil Imp while the rest of the fleet short tacked up the south shore to the mark. This saw Truant lead around the mark, followed by Miss Marlene, Kismet and Avro who had both come through with good pace. The only incident on the work was Merle who had a mishap, swimming near Norm Wright's boatyard.

Kites set and Miss Marlene rounded Truant in and headed home. Avro with a quick set took off in pursuit. Miss Marlene elected to do multiple gybes across river while Avro squared away his biggish kite and ran the middle of the river, cutting his gybes down to a minimum. Behind Kismet struggled on with Hughie Dodds setting his kite successfully, while Lil Imp set her big kite and set off to run down the leaders. Truant came to a swift end under spinnaker when her bow dug in and went down the mineshaft to a watery end.

[singlepic id=654 w=320 h=240 float=left] Meanwhile, Jessie, Truant II and Gunners Daughter had successfully set kites and were running back to the finish. As for Irene-M, who had gone so well in the heavy going, her spinnaker brace got caught under the boat and when they set their kite they happened upon the only gust and swell combination of the day. Nose down, water pouring in, and thank goodness it was the top of the tide as the water was fairly clean (for the Brisbane River anyway). This saw her race come to a watery end as well.

Up front Avro had taken the lead from Miss Marlene and was heading home, putting in only one gybe (something rarely done by us skiffies north of the Tweed).  The equation for Avro was simple – Miss Marlene had to finish 3rd or worse to win on countback.  The Lil Imp boys were aware of this, and despite their best efforts could not round in Miss Marlene. 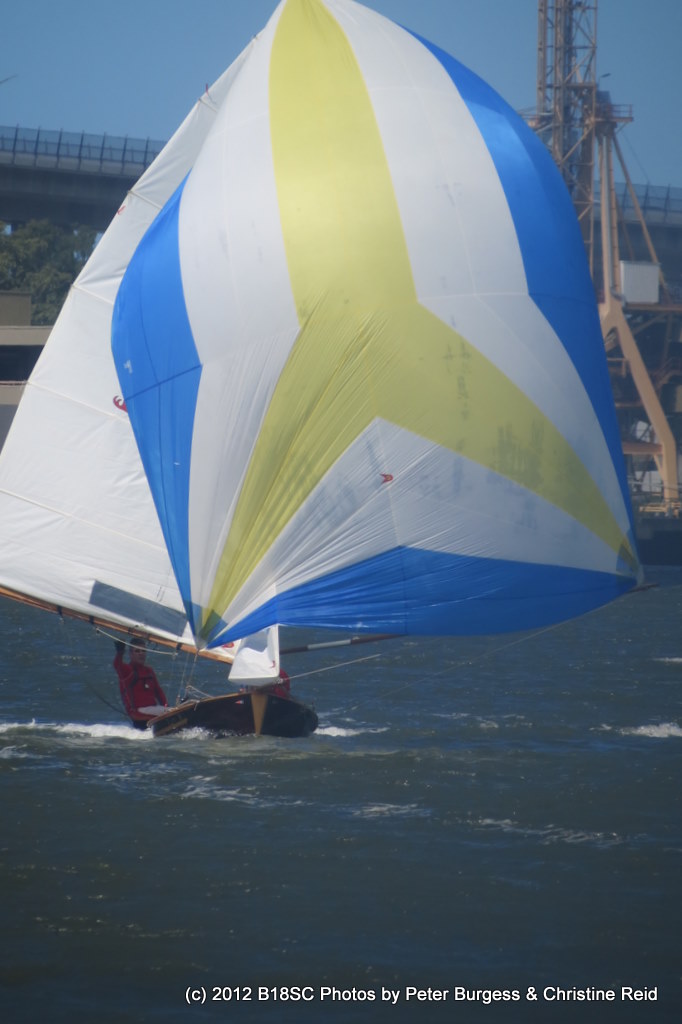 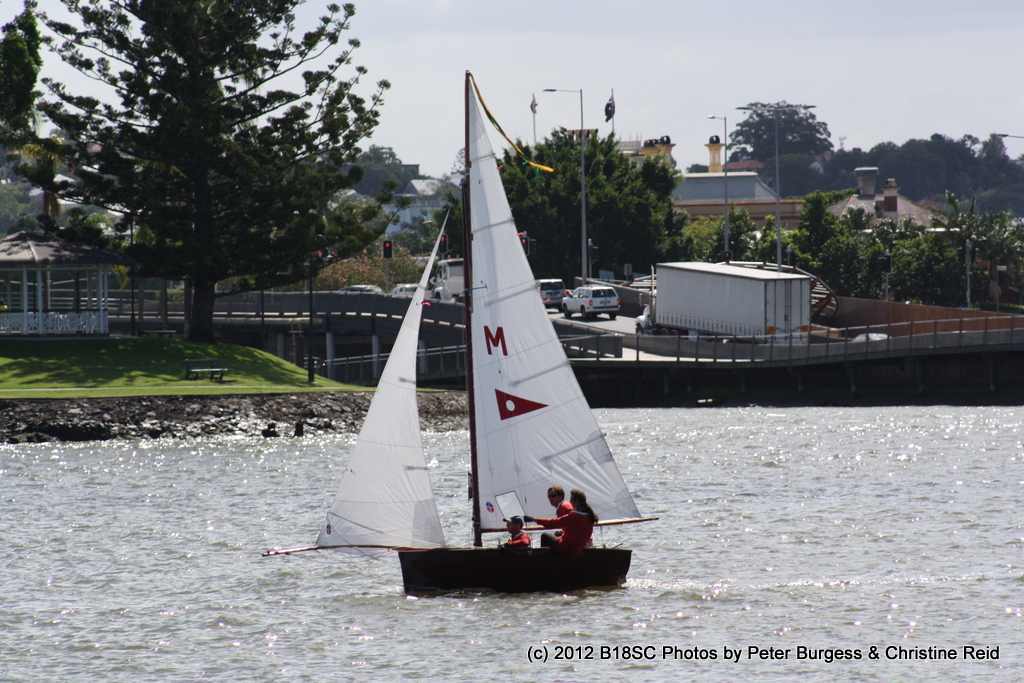 The teams trophy went to Queensland!

[singlepic id=736 w=320 h=240 float=left] The presentation couldn't be held without some involvement from Jack "Hollywood" Grant, who delighted the crowds as usual with his entertaining speeches.  We just won't mention how Jack blew a hole into the brand new shelter at some stage officiating in Race 4.  Lucky we have a few sailmaking members!

From the Brisbane 18 Footers, big thanks to: