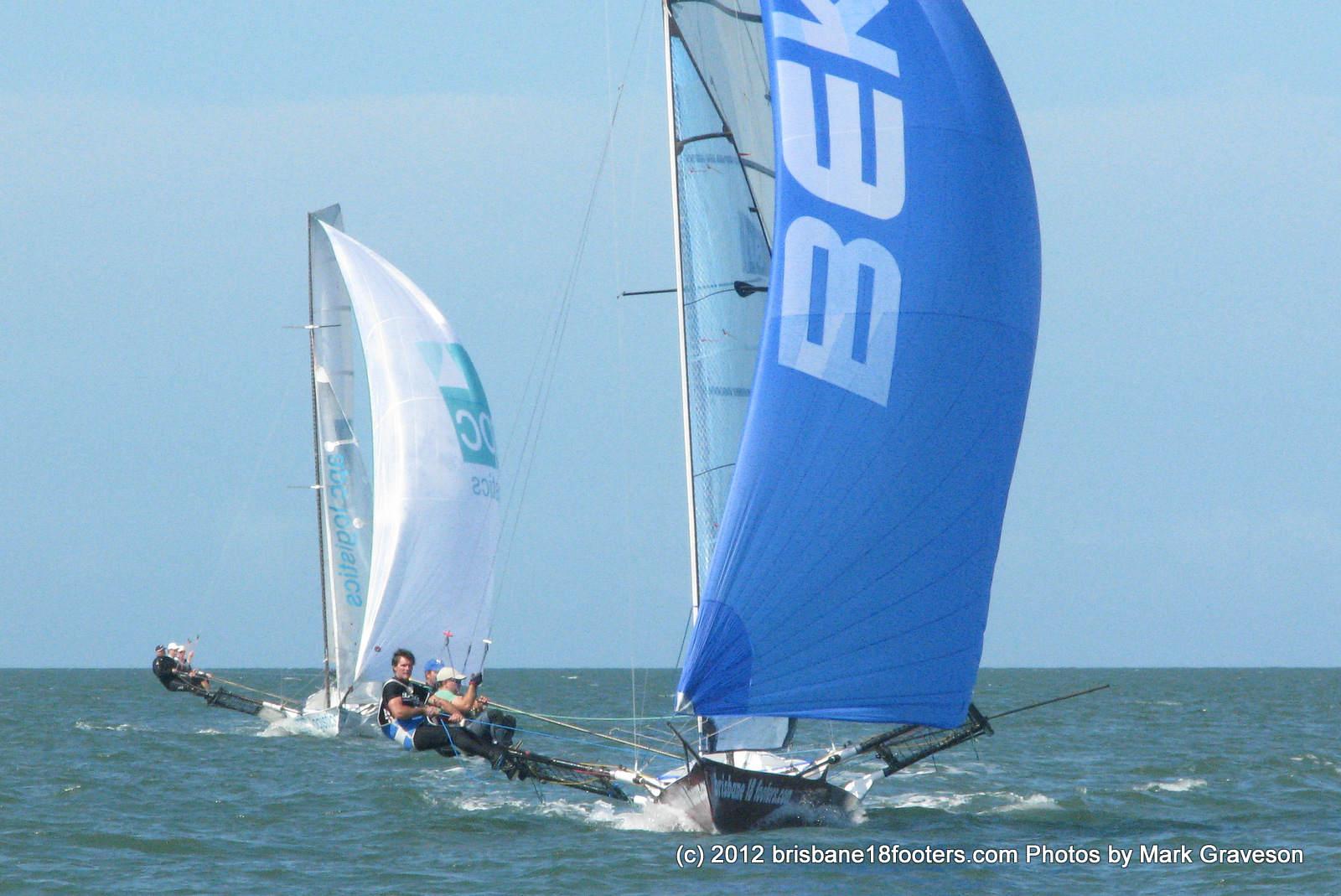 What an absolutely fantastic day of 18 sailing.

The breeze was up and down with squalls as we lined up for the first start. Adam (Blue Wave) pulled a kamikaze port start trying to take out brisbane18footers.com and APC and ended up over the line. A re-start and a spin put them out the back.

The breeze freshened on the second work and gave us some sensational rides. It got really fruity on the last work and APC came within an ace of repeating last weeks mining expedition, but survived. Brisbane18footers led around all marks but had rounded the bottom gate incorrectly, giving APC the win from Insert Sponsor Here with Blue Wave DNF

The second race was fresh all the way. Blue Wave led around the first mark from Brisbane18footers with APC and Insert Sponsor Here in hot pursuit. Blue Wave bit the dust in the set and retired, while Insert Sponsor Here sent the skipper off the back of the boat and broke the tiller extension, ending their day as well.

APC crashed hard at the first bottom mark but got upright to make it around the track to get second. Dan and the ring in’s on Brisbane18footers led all the way and romped it on to win Race 4.

All agreed that it was the best ride of the season. It’s days like that that keep you coming back for more.