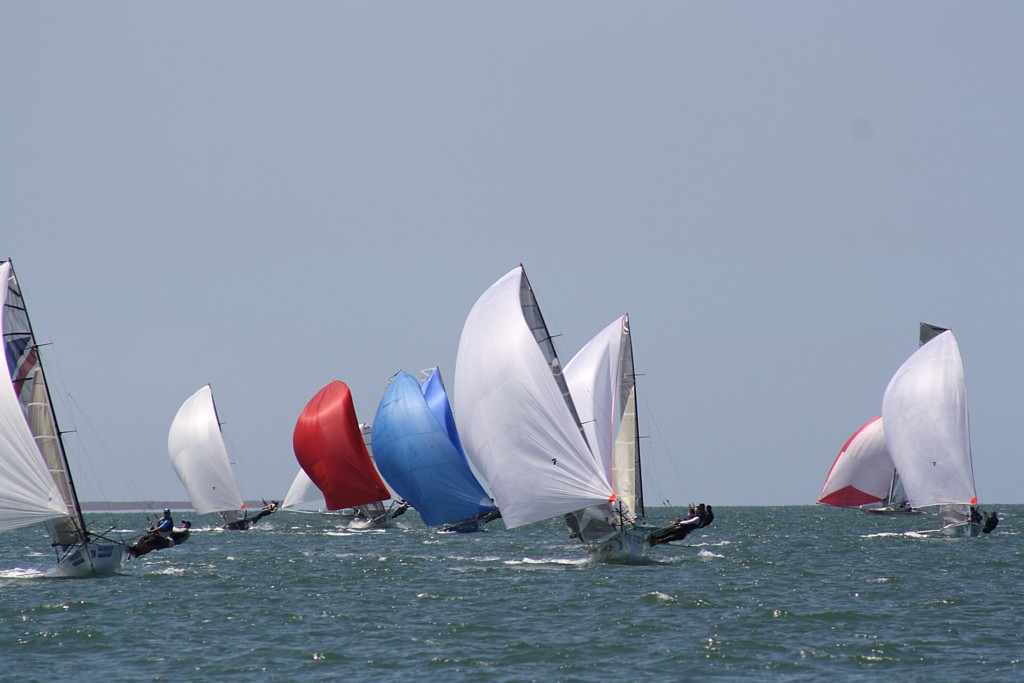 From the Rescue Boat…

Race 4 conditions were light, less than 10 kts, so pretty much big rigs all around with the exception of a few locals (inside knowledge or a payment to Huey?).  Clean start, from our vantage point it was Variety on the line and out of the blocks best.  However it was clear the big boys were out to play today, soon Gemmell had cleared ahead and pretty much had a clear run from the first mark all the way around.  The course was challenging for both the crews and the Race Comm, with Leg 3 (mark 2 to mark 3) becoming a two-sail reach when the wind changed after the start.

Race 5 was delayed slightly while the course was reset for the new wind direction, again a clear start with skiffs hanging well back (some back further than others).  Frankenskiff had some issues behind the line and officially did not start R5.  The breeze had now kicked in and it was Allwood Sails sporting a #2 rig who made it to the top mark first, followed keenly by Garde (from vague memory).  Allwood kept a clean pair of heels despite the chasing pack having some speed advantage.  The second work was telling for them, with the breeze dropping slightly the big rigs came back into play.  Garde had assumed the lead with the CTech/Little Bus and Gemmell all challenging.

Giddy Up appeared near us at some stage with a broken sprit, PaulO battled on for a few more legs but eventually retired.  We also reported in another skiff with a broken backstay.

Eventually it was Garde who took a comfortable win from Gemmell.  Both skiffs looked the part on the last shy run, err, downwind leg to the finish, under control and sending it.

Not a lot of time to take pics due to a lot of capsizes and ultimately taking mainsails and spinnakers on board, hope to upload some mainly from R4 tomorrow (Friday).

(PS Laurie, where can I replace my Witchard knife cheaply?) 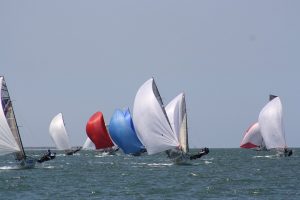