Talk It Up Cup Season Opener 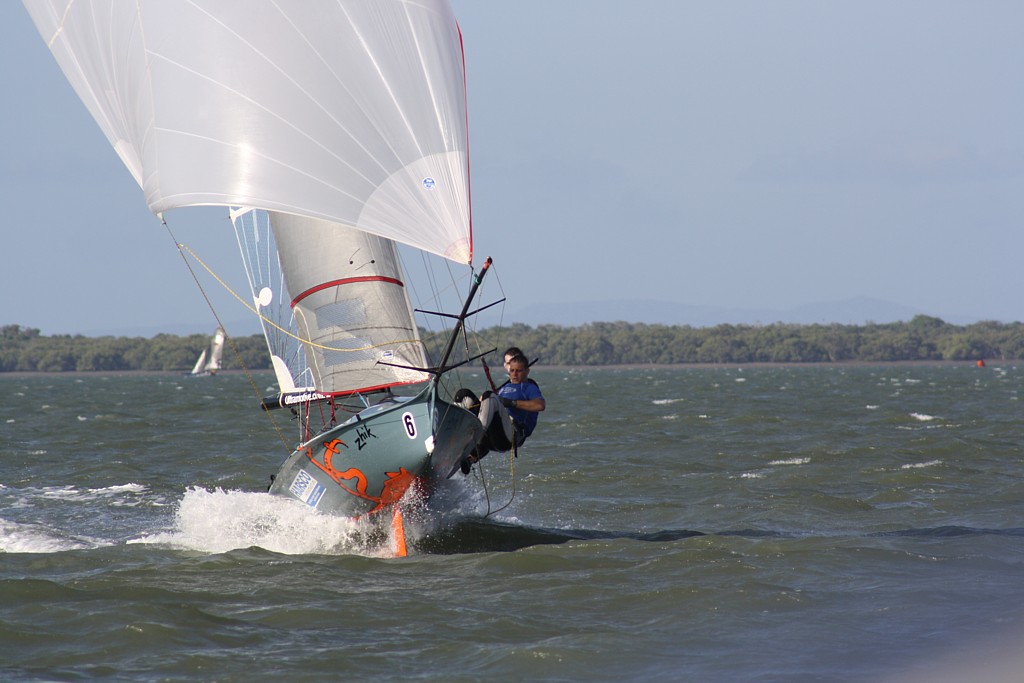 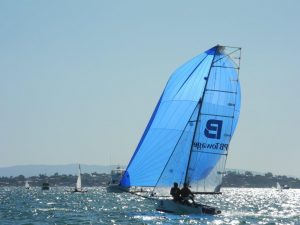 Fathers Day weekend to most people means they get gifts from their children to represent the splendid job they are doing as a parent.. However for skiffies in Brisbane it signifies only one thing… The start of the sailing season..!! It’s the time we blow the carbon dust (or just regular dust for the slackers among us) off our beloved skiffs and haul them on down to the club for open day.. This year it’s a Saturday and it’s in August..!! Historically a day of Westerly wipeouts, the forecast this year is looking great for the skiffs with 10-15kts and 28 degrees on the cards.. (I’m sure there will still be wipeouts..) 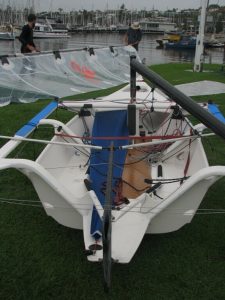 On offer to the winners on the day is the coveted Talk it up Cup.. Months of winter banter (mostly friendly) have past and we’ve all talked the talk, now it’s time to walk the walk.. Who will it be..?? Favourites going in to the day will be Richard Billett and Ben Cross on the Ghetto Sled.. Their solid performance last year showed that these clowns have it together and if it’s bottom end of any rig, they are almost untouchable.. Benny G and Dr Craig will be looking to impress in their new boat Tank Girl and provided they have all rigs and their kite stays up, they could well be the boat to beat… The old salts Terry and Wayno will be there too, with their ridiculously quick woof.. It’s the first time in many years that Terry has pulled the boat cover off over winter, so we all know he means business.. After acquiring the boat midway through the season, Terry and Wayne have steadily improved their performances and have proven that age is just a number and fat boats aren’t as slow as they look… If the breeze kicks in, watch the experience of these guys shine.. Allwood sails will be quick if the hinges are not too rusty.. Brendan and Joel are teaming up again this year after a couple of years off..  If they start up where they left off, the Talk it up Cup will be hard to pry out of their hot little hands… Of course that leaves the mighty PB Towage.. With the Ton stepping off the boat this season to pursue other dreams, (Tristan sold his soul and is sailing an 18) there has been an opportunity for super crew Johnny Cole to join the team dubbed the ‘Kings of Skiffin’..!! The Talk it up Cup will be the first step towards skiff supremacy for the kings and if the other boys underestimate them, I assure you the Kings will show no mercy.. 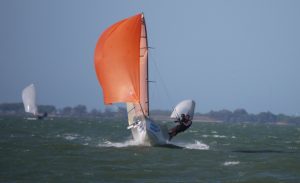 Race starts at 1330 and anyone South of the river will hear when Chris is ready to hold the briefing.. It’s been a cold dark winter, but it’s finally over.. The season is here and I for one couldn’t be happier..!! I can’t wait to feel the first gust, the first tail skip and of course the first mine of the season..!!