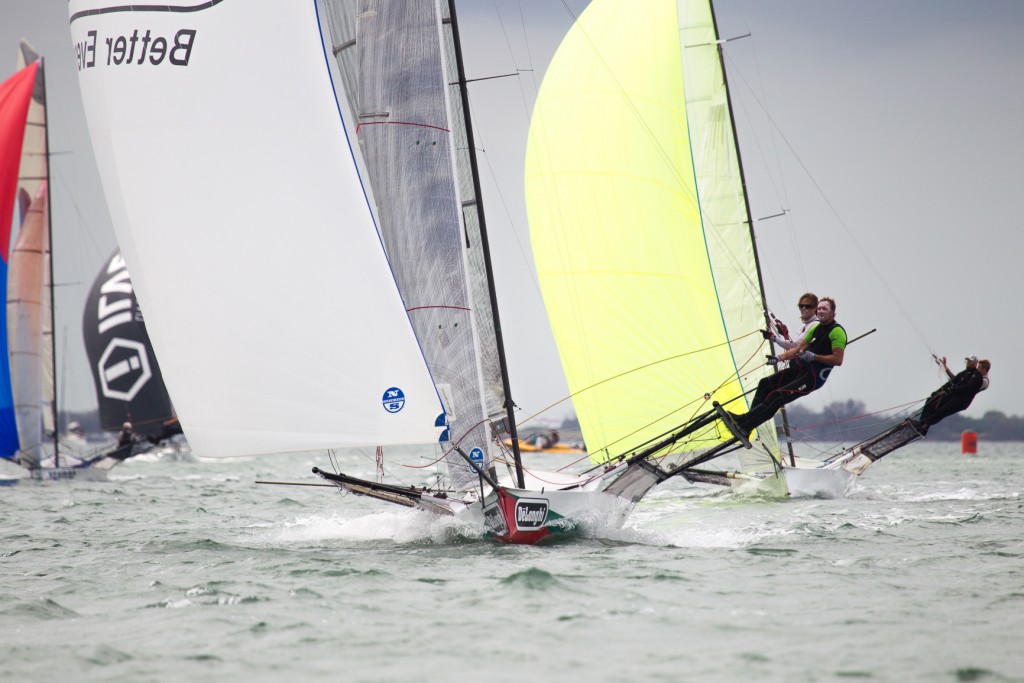 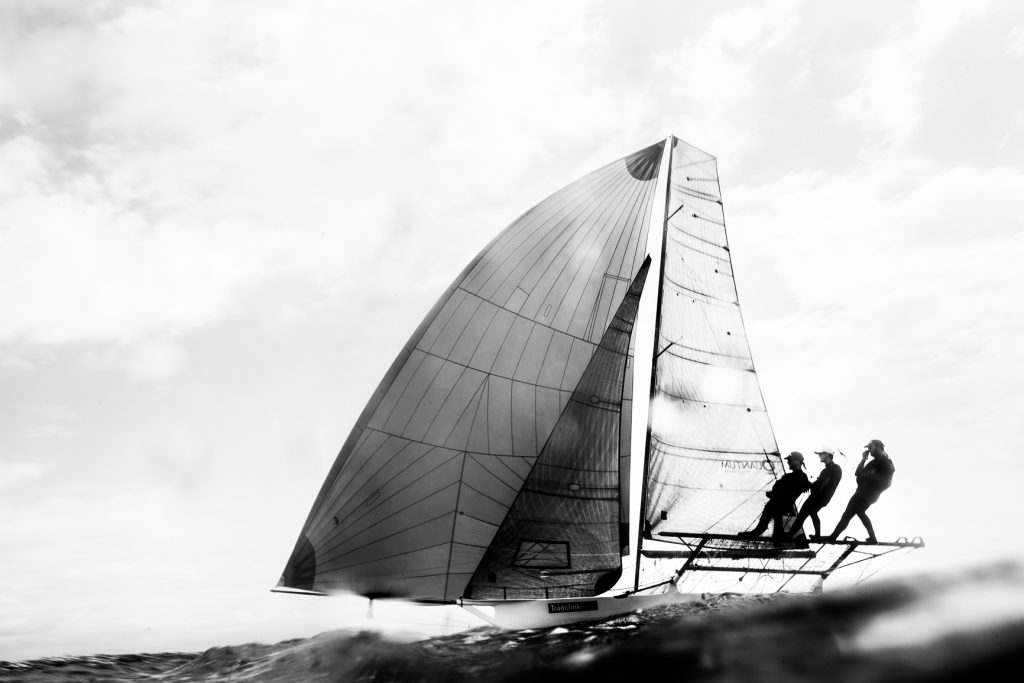 It was a day of high-drama out on Waterloo Bay, as day two of the 2015 18ft Skiff Australian Championships got underway.

In the rigging yard the crew of overnight leader Gotta Love It 7 were mildly optimistic when quizzed about using the day’s racing to consolidate their lead.

“We’ll see how it goes out there today.” 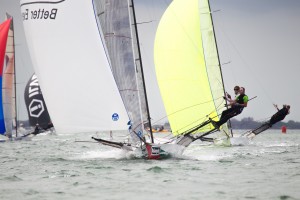 Under grey skies the fleet managed fickle north-easterly winds to eventually get a start. Race one was postponed twice under general recall after crews jumped the line ambitious to get away. The race was eventually completed, however an error by the race committee meant that crews sailed from the line one minute early and therefore the decision was made late in the day that the race would be abandoned.

With a strong storm cell moving in from the south racing was postponed due to the threat of hail and lightning. Boats returned to the harbour and racing was eventually called off once the cell cleared due to a lack of wind.

Organisers are aiming to make up races tomorrow on the final day of the Championships, and are hoping for better weather and a consistent breeze to allow them to conduct a competitive event.