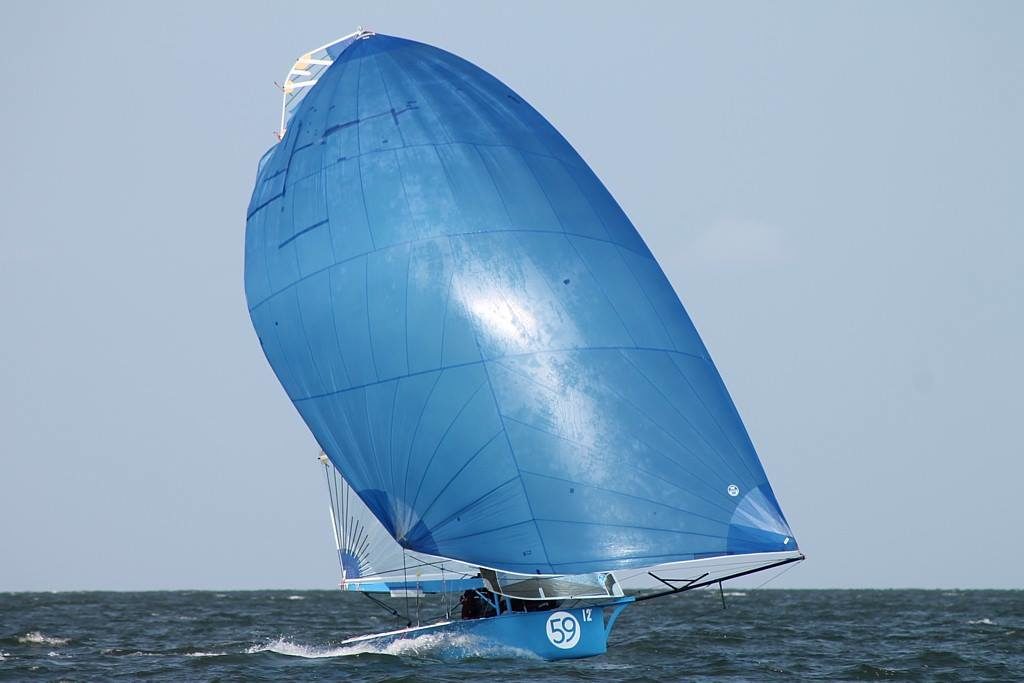 16/09/2019 Author: Ghetto Sled (Richard)
Saturday saw three 12s at RQ for what looked like a drifting sick easterly. Last minute withdrawal meant the grey boat Scum and Villainy pull out without even putting in a stick. New boat was Kitchen Makers recently purchased from Sydney by a couple of former 18s sailors on the Sunny Coast grabbed all the looks with heaps of carbon and black sails. We could tell they were 18s sailors as the skipper still wore his old Nokia wetsuit from the day. First race was interesting with the front pair from Dave’s 18 sailing a 49er FX, the 2 12s and 10 29ers. The FX attempted a port start only to be pushed out by Giddy up. Waterline length of the FX won to windward mark but the bigger bag on the 12 kept it a close race with the FX winning by a pole length. Kitchen looked all the goods and showed fantastic speed but first time out in the new ship meant they had some things to sort in readiness for their next outing. Second race saw small increase in breeze and waves. FX in full powered up mode and could stretch the legs further to windward. Giddy up could close much of the gap downwind but not enough to have as closer finish. School holidays for the next 3 weekends means that most crews will be away with kids sailing in Yeppoon (next 2 weekends) and Lake Macquarie (for the long weekend).
Tapo